Skip to main content
Home / From the community: Universal Design is for everyone – but what is it?

From the community: Universal Design is for everyone – but what is it? 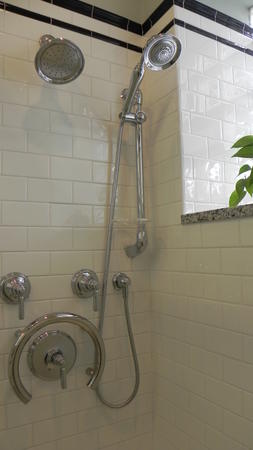 What is Universal Design?

"Universal Design is likely the most misunderstood term in remodeling and construction," said Mimi Altman, Executive Director of NARI of Greater Chicagoland (NARIGC), based in Des Plaines.

Altman continues to say that the misconception is Universal Design is not just for the elderly but for anyone with adapting living environments. "Universal Design makes your home safe for infants becoming mobile toddlers, for those with disabilities; those with severe arthritis, those who struggle with fibromyalgia, OR any other form of physical consideration regardless of age. Homeowners think Universal Design is only ADA or handicap-accessible design. Yet Universal Design can be those things and so much more."

In 1977, architect Michael Bednar authored Barrier Free Environments which noted that the functional capability of all people is usually enhanced when environmental barriers are removed and suggested that a new concept is needed that is "much broader and more universal" and "involves the environmental needs of all users."

John Oetking, CR, UDCP, owner of Western Springs-based A Street Builders, says homeowners he is working with are not talking about Universal Design until something happens in their life where they need it.

"We remodeled a bathroom for a woman who broke her leg and at that point she realized how inaccessible her home was," said Oetking. "Our work in this area affects bathrooms, typically installing zero-threshold showers and 36" doorways. Most of the time we are remodeling existing space; with home additions we work with an architect to include a 36" doorway to the bathroom.

"Homeowners are more concerned with how it looks than whether they will need it down the road," said Oetking. "Some of the things people talk about are comfort height toilets and using levers on doors. We also suggest a fixed shower head with a handheld and a zero threshold in the shower."

Don Van Cura Sr., MCR, CKBR, CLC, GCP, UDCP, the owner and president of Chicago-based Don Van Cura Construction was in a car accident when he was out of town. "I hurt my arm and quickly realized that I was unable to open the hotel room door - this was an eye opener for me! Everything in a home should deal with human ergonomics. The height at which a person sits in front of a computer day in and day out will determine whether they develop carpel tunnel syndrome, for example."

Van Cura was part of a core group of remodeling professionals that developed the original writing of the UDCP (Universal Design Certified Professional) NARI course to certify remodelers in 2009.

Over time, the addition of hundreds of home remodeling idea magazines beyond Better Homes and Gardens and Good Housekeeping coupled with double income Baby Boomers fueled the industry with dollars and choices. Additionally, those in the market have access online to Pinterest and HOUZZ and HGTV for ideas.

"When I started in the industry we were in the Dark Ages. We did what we did and no questions were asked and available choices were nothing like they are today," said Van Cura. "Now, new materials are continually being introduced and combined with a large portion of the population getting older, people are asking for very specific things. We don't mention ADA or geriatric because it's a turnoff and they will say they don't want that!"

Oetking and Van Cura agree that many baby boomers begin by requesting subtle changes such as lever handles versus round knobs on doors. Both say that before people did not want trough or zero threshold showers or higher toilets but now it's stylish. "The higher toilets are now called comfort height and everyone wants them," said Van Cura.

"Bathrooms with grab bars are really tough", said Van Cura. "Homeowners don't want something that makes them appear old. I had a 90-year-old homeowner who did not want a grab bar because it made her look old. I asked: how old do you have to be? Manufacturers now make grab bars that don't look like grab bars. Newer support materials are made to look like part of the shower component."

When remodeling a bathroom, Oetking adds plywood between the studs in the shower to support the addition of a grab bar at a later date when it is needed. "Otherwise it is impossible to locate the studs with the tile on."

Van Cura concludes: "One day my wish is that we no longer have to use the term Universal Design or Green Building because it should not have to be differentiated. Our goal should be to eliminate those terms so every job we do is healthy, green and accessible."

Based in Des Plaines, the Greater Chicagoland Chapter of NARI (www.narichicago.org) is a not-for-profit trade association founded in 1987 and currently consists of approximately 280 member companies. NARI of Greater Chicagoland is committed exclusively to the service of the local professional remodeling industry, representing professional remodeling contractors, product manufacturers, distributors, wholesalers, trade and consumer publications, utilities and lending institutions. For more information visit us online at www.narichicago.org or call at (847) 298-6212.