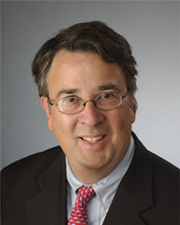 Blanck has written articles and books on the Americans with Disabilities Act (ADA) and related laws, received grants to study disability law and policy, represented clients before the U.S. Supreme Court in ADA cases, and testified before Congress. His work has received national and international attention. He is a board member of the National Organization on Disability (N.O.D.), Disability Rights Law Center (DRLC), and Disability Rights Advocates (DRA). He is a trustee of YAI/National Institute for People with Disabilities Network. Dr. Blanck is Co-Chair of the Expert Committee on Future of Deinstitutionalization and Community Living in Israel for the Israel Ministry of Welfare and Social Services and board member of the Saks Center for Law, Mental Health, and Ethics at the University of Southern California. He also serves on the Advisory Forum Board of the Centre for Disability Law and Policy in Galway, Ireland, and the National Research Advisory Panel of the National Technical Assistance and Research Center to Promote Leadership for Increasing Employment and Economic Independence of Adults with Disabilities (NTAR Leadership Center).

Blanck received a Bachelor of Arts from the University of Rochester, a Juris Doctorate from Stanford University, where he was president of the Stanford Law Review, and a Ph.D. from Harvard University. Blanck is a former member of the President’s Committee on Employment of People with Disabilities, and a Senior Fellow of the Annenberg Washington Program, a Fellow at Princeton University’s Woodrow Wilson School, and a Mary Switzer Scholar. Prior to teaching, Blanck practiced law at the Washington D.C. firm Covington & Burling, and served as law clerk to the late Honorable Carl McGowan of the United States Court of Appeals for the D.C. Circuit.

In addition, Blanck and Robin Malloy are editors of the Cambridge University Press series Disability Law and Policy.